As a current Bible school student and avid reader, there's a lot of good stuff swimming around my brain that I want to share with you. More importantly, though, I want to encourage you and to help you see how much God loves you.

Books I Am Reading: 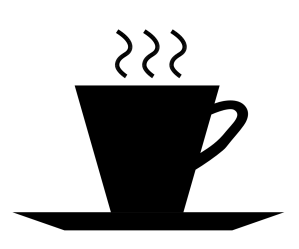 Selling a $5 latte in a cup that doesn’t  say “Merry Christmas” or “Jesus is the Reason for the Season” is not persecution.

I’m pulling out the Pharisee card on this one, okay?

This situation requires me to challenge the legalism behind the idea that not acknowledging a holiday means the whole world is against you.

Maybe we should ask Christians in the Middle East about persecution–over a nice, steaming latte in a Starbucks red paper cup.

“I mean, persecution is so awful, right?” we sob.

“I don’t know, friend, they’re pretty nice to let us sit in here. I was run out of town for being a Christian.”

What do we want from non-believers?

We freak out about homosexuality and sexual immorality and so many things…..things that unbelievers do not have the conscientious to understand on their own.

21 For since, in the wisdom of God, the world through wisdom did not know God, it pleased God through the foolishness of the message preached to save those who believe. 22 For Jews request a sign, and Greeks seek after wisdom; 23 but we preach Christ crucified, to the Jews a stumbling block and to the Greeks[b] foolishness, 24 but to those who are called, both Jews and Greeks, Christ the power of God and the wisdom of God. 25 Because the foolishness of God is wiser than men, and the weakness of God is stronger than men.

Stop trying to shove your beliefs down people’s throats. You’re not helping anyone.

The gospel changes lives–not a cup!

Maybe it’ll be a conversation at Starbucks–sipping lattes out of red cups–that will be the tipping point in someone’s life.